Hello fellow bookworms! A couple of days ago, I received a very exciting book mail! I received a digital ARC copy of this book and the author, Mr. Howard Shapiro, is kind enough to reach out to me for a physical copy. Shall we have a look at the gorgeous book?

It’s so beautiful! The cover even have the velvety feels to it. This book will be published this October 9, 2018; so make sure to grab a copy!

Here is what the book is about!

A coming of age tale, this is the first installment of the Thin Thinline Trilogy, the fiercely independent Nina Overstreet has an axe to grind. A talented singer-songwriter slogging her way through the burgeoning Greenwich Village folk music scene of 1963, the Queen of Kenosha, Wisconsin, realizes that standing on the cusp of stardom gets her little respect and barely a cup of coffee in New York City. It finally comes, but in a way she could have never imagined. A chance encounter with the mysterious Nick Ladd at a late-night gig spins her life in a different direction–one that becomes a daily balance between life and death, right and wrong. Nick recruits Nina to join him and a team of ex-FBI operatives in a clandestine agency to stop the establishment of the Fourth Reich by undercover Nazis in post-War America. It’s a cause Nina believes in … until she’s forced to compromise the very principles of fairness and patriotism she holds dear. As she and Nick grow closer as partners, she forces him to question his own intentions. But as the body count mounts in pursuit of the Nazi ringleader, the evasive Alex, the stakes grow even higher for Nick and Nina.

Along with this book is a bookmark!

This is the bookmark’s front and back. I was so touched with this bookmark. There is a letter in one side and the “THANK YOU” on the other.

But wait there’s more! It’s a good thing that I look inside the parcel before throwing it away because there is a guitar pick included! 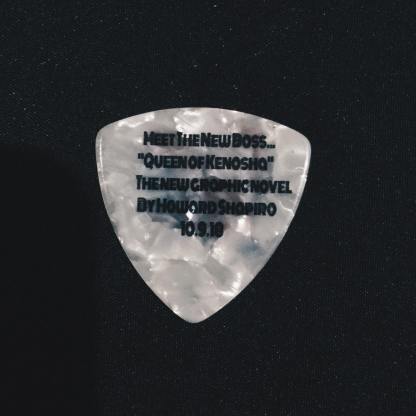 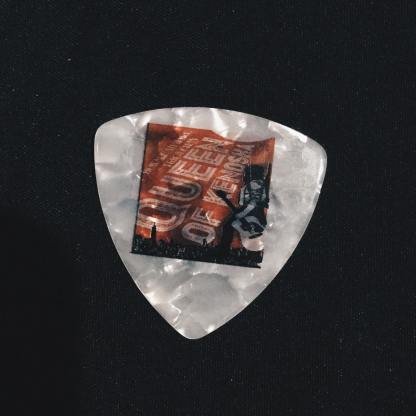 This is so beautiful! The book cover is in the front side and a note with “Meet the new boss…” on the other side. It’s a cute promotional book swag because the main character, Nina, plays the guitar if you can’t tell in the book cover.

That’s all folks! Thank you so much again to Mr. Howard Shapiro & Animal Media Group for sending this my way. I really appreciate it and I’m hoping for the success of this novel.