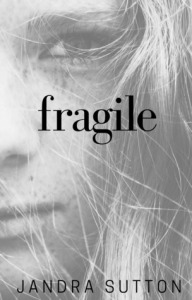 “Does what makes you different from everyone else make you less of a living, breathing human being?”

What does it mean to be normal?

It’s such a loaded word, with about a billion different meanings, and every one of them makes Ava Collins sick.

At 17, Ava has been deaf for as long as she can remember. She grew up constantly reminded that she wasn’t – and couldn’t – be normal, that she needed to be ‘fixed’, but it wasn’t until she met Theo De Vries that she learned the truth.

Unique, captivating and heart-warming. Those words are still not enough to describe how much feelings this book has given me. I have to admit that I’m not expecting to be emotionally attached with this book. Reading books that are focusing on mental illness is one thing, but this book is something else. But somehow, I guess they provided readers, such as myself, to have a glimpse of what it feels to be on their shoes and understand how treating them as anything but normal hurts them.

I’m a bit hesitant to read this book because the synopsis already hinted a romantic relationship between the characters. However, reading the relationship between the characters feels right. And I like the idea that even though the main character is deaf, it does not make her any less than the people around her. She’s also a girl who has a crush on someone, who hates high school, who loves a certain hobby and who wants to be recognized for who she is and not for what she is lacking.

I understand some people’s comments regarding the plot. Some would say that the author does not really delve deeply in the aspect of a deaf main character but for me it’s okay. Compared to mental illness books (which I think is a more sensitive topic because it might trigger some people), there is nothing wrong with deafness. Losing one senses does not weaken a person’s capabilities, dignity and worth. It makes them special but it does not make them any less than us. We all have flaws, it just so happen that theirs are more noticeable than the others.

Going back to my thoughts regarding the plot, I enjoy it even though it still breaks me into million pieces just by thinking about it. It’s light and sweet but deep and eye-opening at the same time.

Overall, this book may not be in my usual genre but I truly enjoy it. I think this is one of those stories that would forever leave a mark in your heart. Highly recommending this to anyone! It’s not as dark or as heavy as you think it is compared to other books.

3 thoughts on “Fragile by Jandra Sutton”